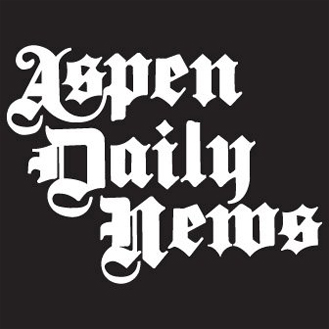 Love poured from the heart of one humble winemaker and winery owner, Rolando Herrera, as he addressed his family and friends last Saturday evening to kick off an evening of celebration. His words of love filled the room to the brim, like a voluptuous pour of Napa premium cabernet sauvignon. That glass of love was a clear and simple message of thanks and praise, with strong notes of humility.

And that room was inside the tony Auberge du Soleil resort’s restaurant, high atop the Rutherford zone of the Napa Valley. In this very spot, Herrera took a job as a dishwasher in 1982 to embark upon his life of dreams. Herrera was born in El Llano, Mexico, and moved to Napa in 1975 to pursue a version of the American Dream. That all but ended for Herrera in 1980 when his father had earned and saved enough money to move back to El Llano and build a house. This was not Rolando’s dream. As a young boy, he grew to love the surroundings of the Napa Valley and felt it was home.

At age 15 – the age of childhood adult consent in Mexico – Rolando and his barely-older brother moved back to the valley a year later, with his father’s consent.

Rolando met various chefs and prodigious winemakers during his time at the Auberge. Masa Kobayashi, the head chef, took Herrera under his wing, and this soon led to a stint in San Francisco, where the 17-year-old blossomed into an adult. He returned to Napa and worked briefly for Cindy Pawlcyn at Mustards.

By this time, his passion had switched from food to wine. His life, which seemed to be “locked” into the tight quarters of a bustling kitchen, was now about to explore the wide-open spaces of the wine industry.

After a short stint at Silverado Vineyards, he fell in love and soon found work at Stag’s Leap Cellars – not directly with wine, but as a laborer. This was not just any laboring position, in terms of the times and opportunities. He was building a stone wall for Warren Winiarski, one of the most influential winemakers in Napa. A few words about Herrera’s eventual mentor are in order here to set the story.

Of note, a bottle of Winiarski’s first vintage, a 1973 Stag’s Leap Cabernet Sauvignon, was selected for competition in the historic Paris Wine Tasting of 1976, where it won first place among the 10 French and California red wines. Born to Polish parents in Chicago, the political science Ph.D made many advances to the organization and preservation of the emerging Napa wine scene during the 1960s. Also of note, he quit his job with the Mondavi family in 1968 to make wine from Californian grapes in Denver, essentially kickstarting the Colorado wine industry.

The second part of the story starts here and flows forth like the great wine these two men made. After the wall was built – a wall of love, I must add – Winiarski took quite a shine to Herrera’s work ethic and enthusiasm. These two humans, of vastly different upbringings, who couldn’t appear more differently, were beginning a friendship that would flower and last a lifetime. Winiarski most famously agreed to let Herrera work with him if his high school education came first. Herrera attended classes and then worked with Winiarski in the cellar during the afternoons and evenings. Herrera became cellar master for a decade and eventually scored his first assistant winemaker position with Marketta Fourmeaux at Chateau Potelle.

During that time, with his connections, he made some of the first Mi Sueño wine – Burgundy-styled chardonnay – and it began to sell. After a period working for the legendary Paul Hobbs at Laird (and making his wines there) he launched the Mi Sueño Winery in the industrial district south of the town of Napa. In addition to long-term vineyard contracts in key zones of Napa, Herrera makes wines for Baldacci Family, Longfellow and many others, including his own blend of cab and syrah for El Llano, his second label.

Winiarksi and Fourmeaux were on hand, along with Herrera’s wife and children, to share all of this love and embrace much mutual admiration that was felt last Saturday night, each speaking glowingly of the other, while munching on scallops, pork chops and filet mignon – and, of course, washing it down with plenty of Mi Sueño wine.

The deeper story here is obvious. To anyone familiar with the labor and service industry in Aspen, along with the current national political climate fueled from above with fiery rhetoric, this story has real meaning. This is not only a story of opportunity or of success, it’s also one of love. Pure love. More than the love of wine, great food, stunning property and incredible scenery, this is about unconditional love of one another. And this is Mi Sueño, Rolando Herrera’s dream come true.

We can all use more of that in our glass. I will – and did – drink to that. Cheers! Remember: Wine reveals truth.