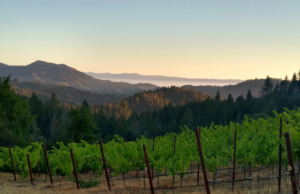 Mount Veeder is an American Viticultural Area (AVA) located in the southwest hills of California’s most famous wine region, Napa Valley. West of Napa and Yountville, Mount Veeder has been producing richly intense, age-worthy wines since the 1860’s.

Cabernet Sauvignon is the dominant variety planted here. The unique climate of this picturesque is a result of its hillside being the only appellation in the Valley that benefits from the cooling influence of the San Pablo bay from its proximity to its neighboring bayside appellation, Carneros.

Formed from an island of ancient seabed and surrounded by the similar volcanic soils and rocks found in the rest of the Napa Valley, Mt. Veeder’s soil produces some of the lowest fruit yields in the Valley after its long growing season. 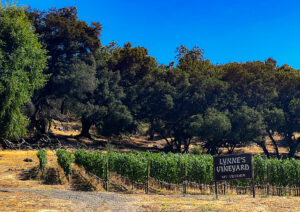 Mi Sueño’s Lynne’s Vineyard is situated on a sunny 6.5 acres of hillside rocky, red loam on the landmark Redwood Road. Nearby are other celebrated wineries and their vineyards like the HESS Collection and Alpha Omega.

To mark our Vineyard Series feature, we have a special offer for you.

For a limited time, order 3+ bottles of our 2018 Lynne’s Vineyard Cabernet Sauvignon, and shipping is included. Use the code VEEDER at checkout. Offer expires 9/30.