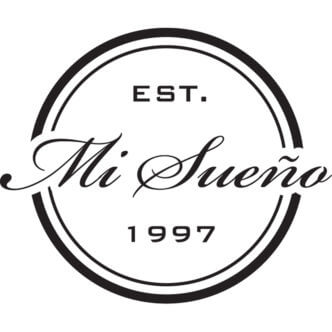 What I’ve Been Drinking — Wine Time

Before Thanksgiving, Lesley took on the very difficult task of suggesting wines to pair with your huge holiday meal. She did a great job, especially considering that turkey pretty much tastes like whatever you baste it in or season it with and doesn’t really bring that much to the flavor party.

I’m not as ambitious as she is, so I’ll take on some Christmas holiday wines, because you know what goes with two weeks of shopping, three days of wrapping, four days of cooking and five hours of family togetherness? Alcohol. So I’ve got a pretty low bar to hop over.

That being said, I have enjoyed a really nice new wine recently that I think you should know about, so put on your holiday onesie and slippers and sit a spell:

This is not a new wine for me; indeed, it’s an old favorite from back in the days before many California wineries would ship to Tennessee. I was a member of a Napa-based wine club that would offer quarterly shipments from cult vintners in the region, and Mi Sueño was always a delightful component in the case of wine when it arrived.

The winery is a great American Dream story, thanks to head winemaker Rolando Herrera. He came to the valley when he was 15 years old to wash dishes at Auberge du Soleil and moved his way up to line cook at Mustards Grill while still in high school. At 17, Herrera took a job breaking up stones for a new wall being constructed around the home of Stag’s Leap Winery owner Warren Winiarski. Herrera’s work ethic caught Winiarski’s eye, and he invited the young man to join the team for harvest.

Herrera worked his way up the ladder to cellar master at Stag’s Leap, assistant winemaker at Chateau Potelle, winemaker at Vine Cliff and then director of winemaking at Paul Hobbs Wines. All the while, he was developing his own style that he planned to introduce under his own label at Mi Sueño (“My Dream.”) He produced his first wines in 1997 with a couple hundred cases of chardonnay before expanding into the world of reds with his first cab sav.

His broad base of experience in every aspect of the winemaking process from field to bottle allows him to control 100 percent of the result. The 2013 Mi Sueño Cabernet Sauvignon was made with grapes from four top vineyards in Napa Valley known for producing smooth and elegantly textured wines.

The juice spent 24 months in oak and then an extra year of bottle conditioning before release, allowing for softened tannins and a lovely mouthfeel. It’s inky black in the glass with heady aromas of coffee; chocolate and dark berries give way to a spicy and peppery finish on the palate. If you have the patience to allow the wine to open up for an hour or so, it really changes the character as the tannins are further softened. Excellent with beef or lamb, this would be a welcome addition to any holiday table. At about $75 a bottle, it’s definitely a special-occasion wine, but I believe it’s worth every penny. Cheers!